You are here: Home / Surgery / Surgery for weight loss

In Dr. Kisser’s practice in Vienna, we evaluate together with you, which weight loss method will be most suitable for you. For any questions, please do not hesitate to contact us personally.
There are a few types of surgery: Shortening and/or reducing absorption length of the digestive tract. 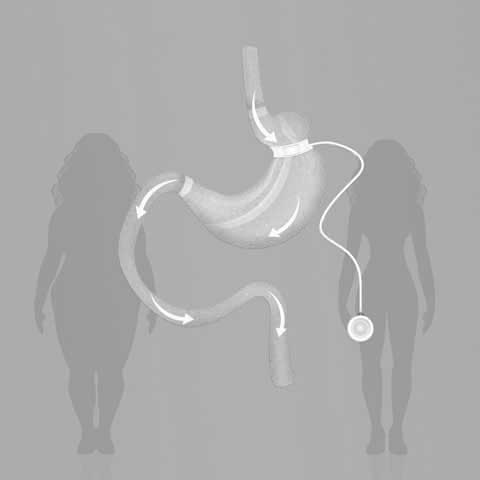 In cases of severe pathological obesity and accompanying illnesses such as joint problems or diabetes, surgery is often the best solution.

The goal of a gastric band surgery is to reduce food intake. Through laying the ASGB (adjustable silicone gastric band), which has an elastic vessel, into the upper part of the stomach, the latter is parted in two. This way less food can be eaten, while still feeling a longer period of satiety.
The small, upper part can be referred to as the “pre-stomach” and is connected to the rest of the stomach through a little opening. The stoma-diameter can be enlarged or decreased through adding or removing liquid in the elastic part of the band, also after the surgery.
This is a large advantage; The stoma can be made smaller if the patient is either not losing the desired weight or eating too large portions in short time spans. It can also be enlarged, in cases that patients have difficulties with the intake of liquid nutrition, or if they frequently vomit.

Surgical insertion of the gastric band happens vie laparoscopy.  A gastric band is the only surgical weight loss method that allows the stomach to return to its original state after removal.

The gastric band surgery was developed for safe and far-reaching weight loss, for pathologically obese patients. At the same time though, eating habits must be changed or adjusted to reach and maintain the result.

The average weight loss with a gastric band can be compared to that of the gastric bypass. After six moths you lose about 20-40% of your overweight, after a year about 58% and after 4 years about 65%.
The weight loss happens in phases. There are two phases in which no weight is lost at all, over the course of 3-4 weeks. That is completely normal and should not discourage you.
Usually it takes around two years to reach your lasting weight result.

The gastric band can be easily removed via surgery but should be left in the body for a lifetime, to avoid reoccurring weight gain.

Specific risks of the gastric band aside from possible post-surgical complications:
Swelling of the gastric mucosa, gastritis, leaky tube, balloon or injection-reservoir. Those would lead to new surgery. 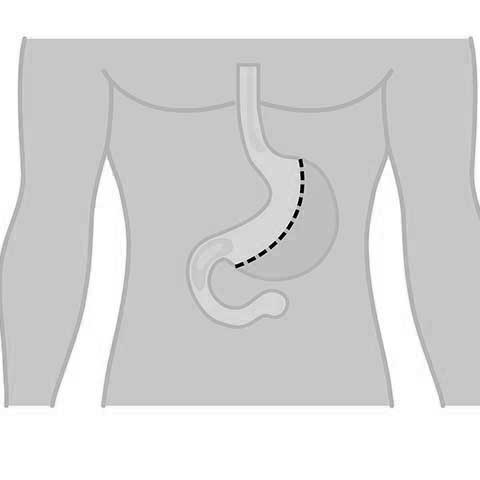 In this method, a large part of the stomach is removed, leaving only a thin, sleeve-like part. That way, food intake is reduced. Compared to the gastric band, a sleeve-gastrectomy has the advantage of providing a better feeling of satiety and minimizing hunger.

The goal of a gastric bypass surgery is to reduce both food intake on one hand, and nutritional resorption in the small intestine on the other.

The surgery is performed via gastroscopy. The stomach is made noticeably smaller, and additionally part of the small intestine is shut down in its function.

In the US, gastric bypass is the most common weight loss surgery.
Compared to the gastric band, it is a significantly bigger intervention; the stomach is surgically modified, which is a process that can only hardly be reversed.
The average weight loss through gastric bypass is higher and can be reached quicker than with other methods of weight loss. Diabetes will either vanish or be more easily treatable after the surgery.

In my opinion, a bypass is most suited for patients who are obese and have diabetes or cannot adjust their eating habits enough for a gastric band.

Specific risks of the gastric bypass aside from possible post-surgical complications:
Deficiencies of iron, protein, vitamins and minerals. Normally, these must be taken as supplements for the rest of your life.

The Neurostimulator is a very new therapy-concept. It seems that the Neurostimulator leads to lower weight loss results than other methods. Diabetic patients react better to insulin. Studies are still running. I will gladly inform you whether you can participate.